Farm-raised salmon is something covered quite often. It’s because the topic prompts many questions. More and more people are trying to find the healthiest and best ways of consuming essential food like salmon. Therefore, in this article, we’ll be answering the question: Can farm-raised salmon be organic?

It’s a straightforward question without an absolutely satisfactory answer. It’s important to give you, the reader, as much information as possible which this heads us into the full article. All of your questions regarding farm-raised salmon and whether or not it is organic, will be answered. Therefore, keep reading.

Keto Diet Tip: Salmon is high in fat and protein making it a perfect choice for a keto diet. Some shellfish contains carbs but not shrimp making them a great choice for a low-carb diet. One of the biggest reasons for failing a Keto diet is not having a plan. Simply follow this plan for only 28 days, The 28-Day Keto Challenge and you can Succeed!

In this section, we are going to discuss what I consider to be the meat of this article. To understand whether or not farm-raised salmon is organic, we first need to consider what classifies something as “organic.”

In order for something to be classified as organic, it needs to be done so by the USDA. The USDA has no classification for what makes salmon organic. Therefore, farm-raised salmon is not organic. However, there is salmon farmed in open catches considered to be organic.

For more than a decade, the USDA has been moving toward allowing the sale of organic, U.S. made seafood 1. In addition to salmon, other organic seafood may include, clams, mussels, oysters, shrimp, catfish and tilapia 2.

Although there’s delays and issues, I am sure it won’t be long until the USDA comes up with the classification for what makes salmon organic. Other countries like Canada and Europe have been exporting their own organic products.

Until then, when you see salmon being advertised as organic, it was probably raised in open catch nets instead of in enclosed bodies of water. It seems Amazon has everything, so I searched for organic farm-raised salmon but couldn’t find any. Although, they do have plenty of wild caught salmon products. Check them out right here, wild-caught salmon.

This is a question asked quite a lot. Now we’ve determined what makes organic salmon, organic, it’s important to address the question whether or not organic farmed salmon is safe. The answer might surprise you.

It all boils down to how the salmon farmers raise their salmon. In a previous article, it was discussed how the food a salmon is fed can determine whether or not it has any contaminants. In that article, Worms In Your Farm Raised Salmon? Facts & Myths Revealed, it was determined that farm-raised salmon should never be fed fish.

With that said, many people still say wild salmon is still the best salmon you can get. I Totally agree, I always buy wild caught salmon.

What Is The Difference Between Organic And Non-Organic Farmed Salmon?

This is another question I get asked very often and the answer to this one is pretty simple. We already know wild salmon cannot be organic, and the classification for organic farm salmon is not yet available 4. There is a difference between organic and non-organic farm-raised salmon.

Organic salmon is salmon that has been farmed in certain conditions. Whether or not salmon has Mercury, depends on what that salmon has been eating. So, let’s jump straight into it.

Both farm raised salmon and wild caught salmon contain a certain level of mercury. However, there is some good news. The levels of mercury found within salmon have drastically decreased and will continue to do so.

New methods and technologies are constantly coming out which are allowing salmon farmers to raise better salmon. With all of this being said, you might find different farms supply different qualities of salmon. Therefore, you can never have a guarantee your salmon will contain the lowest possible amount of mercury 5.

Does Organic Salmon Have Toxins And PCBs?

Another concern with salmon, alongside whether or not it has Mercury, is whether it contains other PCBs and toxins 6. I’ve covered a similar concern about bacteria in canned or frozen salmon which you can read about right here, Frozen Salmon vs. Canned Salmon: Which is Healthier?

Salmon and farm-raised salmon can contain trace amounts of PCBs and toxins. The trace amounts are low unless you consume copious amounts of salmon. Therefore, they will have little to no effect.

It’s important to note, almost anything you consume needs to be done in moderation. This is the reason why the trace amounts of mercury, PCBs, and other toxins will have very little effect on you. Although, there are studies showing possible concern over health risks associated with farm raised 7.

Should You Eat Organic Farm-Raised Salmon?

It is recommended to include fish in your diet, and the amount differs per publication. The general consensus is fish should be consumed twice a week.

Salmon should be consumed whether it’s farmed, organic, or wild, but wild caught is your best option.

The USDA does not have a classification for whether or not salmon is organic. Although it’s probably coming some time in the future. Salmon can still be raised in an organic way until the USDA finally does release the classification. Other countries are importing organic seafood, and the U.S. probably wants to release their own.

Mercury that can be found in all types of salmon. The health benefits you get from eating the fish outweighs the very small trace amounts of these PCBs. Therefore, to answer the question of whether or not organic farm-raised salmon is safe to eat, the answer is yes.

Can Mushrooms Be Eaten raw? A Scientific Look

Is It Better To Eat Broccoli Raw Or Cooked? 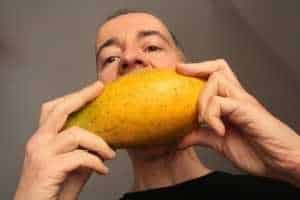 When it comes to Mangoes, there are a few facts that people don’t know. Facts like the Mango is part of the Cashew family, there are different species of mango, and most of them are found in the wild. There are a lot more and today we are going to tackle this question, will mango… 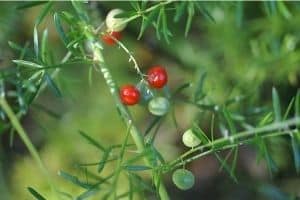 Asparagus goes well with so many dishes. It’s used in pasta, along side your salmon and even on pizza. Besides ordering it in your favorite restaurant or purchasing it at the supermarket, you might enjoy growing your own asparagus. If so, you’ll need to answer, are asparagus berries edible? Asparagus berries are not edible. They…

Aging is a natural process, but that doesn’t make any less undesirable. Noticeable signs of aging can be embarrassing, causing many to turn to pricey supplements, lotions, or creams for relief. However, a diet rich in the right anti-aging vegetables can be far more effective. So, what are the best Anti-Aging vegetables? The best anti-aging…

The oil used depends on the type of cooking and the food. When it comes to frying, it’s essential to choose the oil carefully. If the oil used has a low smoke point, it can affect the taste and make the dish unhealthy. Therefore, is avocado oil good for frying? Avocado oil is good for… 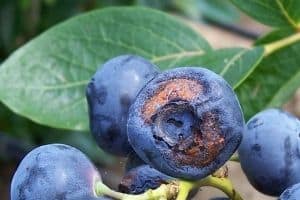 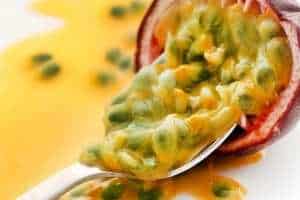