Alaska Pollock and Atlantic Pollock are both called pollock but they’re from different oceans. If you’re wondering which one to include in your seafood dish, you’ll want more information on them. Therefore, which is better Alaska Pollock or Atlantic?

This article will examine all the differences between Atlantic pollock and Alaskan including a side-by-side nutrient comparison. In addition, I’ll compare their tastes, textures, cooking methods, mercury levels and whether one can substitute for the other.

The table below lists the nutrients for Alaska and Atlantic pollock.

Atlantic Pollock is healthier than Alaska Pollock due to its great number of heart healthy omega-3 fatty acids, protein, minerals and B vitamins. Atlantic Pollock provides a higher percentage of B12, thiamin, riboflavin, B5, niacin, iron, potassium, magnesium, phosphorus, calcium, zinc and selenium.

Alaska Pollock also contains all the same vitamins and minerals, although fewer amounts, making it healthy too. Alaska Pollock contains less calories, cholesterol and fat. It provides more B6 and the same folate.

Let’s examine why these nutrients make both fish a healthy alternative for your meals.

Atlantic Pollock provides almost double the number of omega-3 fatty acids than Alaskan. Although they both provide a good amount like most fish. Omega-3 fatty acids are heart healthy and help keep arteries healthy.

One way they accomplish this is by keeping bad cholesterol low and good cholesterol high. Two of the fatty acids, DHA and EPA are associated with lowering blood pressure and improving the health of blood vessels 4.

I recently wrote an article comparing Atlantic Pollock to cod. If you’re interested in how many omega-3s cod contains in comparison, check out my article, Atlantic Pollock vs Cod – Is One Better? Let’s Compare.

Atlantic Pollock provides 75 mg per four ounces while Alaskan contains 57 mg. Adding magnesium to your diet could be instrumental in improving sleep quality. Magnesium relaxes and calms the whole body including the arteries.

Atlantic Pollock and Alaska Pollock contain many B vitamins, although Atlantic provides a higher percentage. B vitamins include B6, B12, B5, B1 (thiamin), B2 (riboflavin), B3 (niacin) and B9 (folate). B vitamins help support the following:

While both fish provide calcium, Atlantic Pollock provides over four times the amount of calcium than Alaska Pollock. Calcium, like magnesium is important for blood pressure and the heart.

Harvard Health reports calcium helps maintain blood pressure because it helps to control the relaxing and tightening of blood vessels 7.

The FDA and the EPA have warnings and suggestions regarding mercury levels in fish and how often to consume them 10. This is especially important for pregnant women, breastfeeding or for young toddlers and infants.

They established a list of best choices, good choices and ones to avoid based on their mercury levels. Therefore does Atlantic Pollock or Alaska Pollock have more mercury?

Let’s face it, a huge decision when deciding between two fish to eat, is their tastes. Therefore, what’s the difference between the taste of Alaska Pollock and Atlantic Pollock?

Atlantic Pollock has a stronger taste and more flavorful than Alaska Pollock. This is due to its higher oil content.

Atlantic Pollock has a mild to strong taste. Its stronger flavor comes mainly from its oily, high fat content.

Alaska Pollock is flaky and tender.

Atlantic Pollock has medium sized flakes and is tender but slightly firm.

I wrote an article recently comparing Alaska Pollock to Cod. Find out which one of them has the better nutrients and taste, Alaska Pollock Vs Cod: A Comparison – Which Is Better?

Sometimes you won’t have the exact fish for a recipe, or the seafood section of the supermarket doesn’t have what you need. Especially with Pollocks, which is more difficult to find in the local stores. Therefore, can you substitute Alaska Pollock for Atlantic Pollock?

Atlantic Pollock and Alaska Pollock can substitute for each other in recipes although their tastes are slightly different. Atlantic Pollock’s texture is more firm but both fish can be cooked using similar methods like fried, baked, broiled or poached.

When substituting Alaska Pollock or Atlantic always stick to the following:

What is the difference between Atlantic Pollock and Alaska Pollock?

Pollock is sometimes used as scrod. If you’re interested in learning about scrod, check out my article about it, Scrod vs Cod: There’s More To The Story.

The Cost of Atlantic Pollock and Alaska Pollock

The cost of either Atlantic Pollock or Alaskan will differ depending on the location, fresh or frozen and whether it’s farm raised or wild caught.

I checked Reds Best online and found the following price for Atlantic Pollock:

I checked Walmart and found some frozen fillets of Alaska Pollock.

The availability of Atlantic and Alaskan Pollock will be difficult to find in your local supermarket. You’d have a better chance finding it in a fish market or online.

White Perch vs White Bass: Which Is Better?

Farm Raised or Wild Caught Shrimp – Which Is Best?

Farm-Raised Vs Wild Caught Scallops: Which Seafood Is Best? 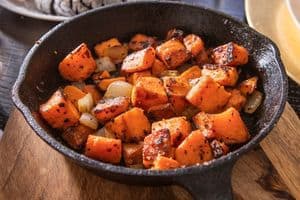 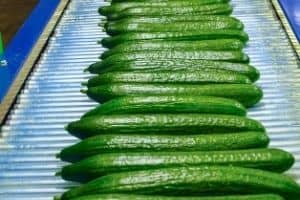 Cucumbers are frequently considered to possess little nutritional value because they’re made up primarily of water. However, cucumbers are one of the most beneficial things you can eat. Not only that, but in the summer, they can be wonderfully refreshing. Some people aren’t aware there are different varieties which leads to the question, which cucumber… 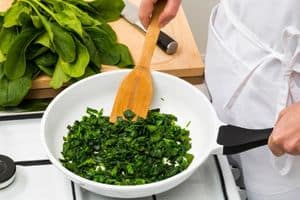 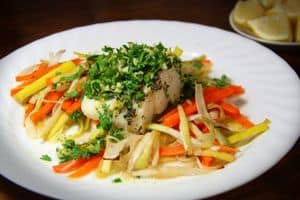 There are a few different types of cod available. Selecting seafood at the market can be overwhelming at times. When deciding which one, a question often asked is, what is the difference between Pacific Cod and Atlantic Cod? Atlantic cod tastes a little sweeter than Pacific and the texture is firmer due to less moisture… 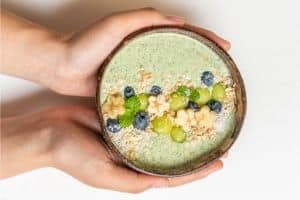 I’ve written quite a few articles about blueberries and why not? They taste great, go well with almost any type of smoothie and they have beneficial antioxidants and health properties. Thinking about extending their use even more, you may ask, what vegetable goes with blueberries? Vegetables that goes with blueberries include asparagus, broccoli, kale, spinach,… 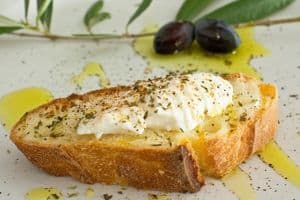 For a long time people have been debating over the use of butter or olive oil. It’s a topic which many of my clients bring up during my health coaching sessions. The most common thing people want to know is, what is better butter or olive oil? Olive oil is better than butter due to…