Cinnamon is well known for its unique taste and aromatic scent, which work together to add flavor to meals. Since cinnamon is a spice, its storage plays a pivotal role in determining whether it maintains flavor and taste. So, can you store cinnamon in the fridge?

Are you interested in learning more about storing cinnamon and spices in general? If so, then you couldn’t be in a better place. Read on as we break down the best ways to keep your cinnamon fresh, tasty, and aromatic.

Whole vs. Ground Cinnamon: How Should You Store Cinnamon?

Spices mostly come in their ground form to allow for ease of use. Once you’ve had your cinnamon ground, you’ll need to store it in a cool, dark place, preferably away from sunlight. And to maintain flavor and aroma, your storage jars should be airtight. Ground cinnamons shouldn’t be stored for over six to twelve months, lest they become rancid and flavorless.

If you want long term cinnamon storage, you should consider storing it in its whole form as cinnamon sticks 1. Compared to ground cinnamon, cinnamon sticks tend to better maintain flavor and aroma, making them ideal for bulk and long-term storage. The trick when dealing with whole spices is to store them in bulk either in a freezer or a cool, dry pantry.

Storing Cinnamon in the Fridge

Fridge storage isn’t advisable when dealing with spices. But if you want to store several cinnamon sticks that you don’t intend to use for up to a year, you can use the fridge as a storage space 2.

Storing in the normal compartment won’t do your cinnamon much good since it will be exposed to moisture. Your best bet is to use the freezer to store your cinnamon sticks. Point to note though, these sticks should be placed in an airtight plastic bag that won’t allow moisture to penetrate. Vacuum sealers are the best for achieving an airtight bag.

If you must use your fridge to store cinnamon, storing the spices in bulk is advisable. Bulk storage helps to keep out moisture, especially since freezer settings are often subject to constant change.

Cinnamon is one of those must-have spices, especially in households that fancy tasty, aromatic recipes. Below are some proven tips that you can use to keep your cinnamon (whether ground or whole) fresh and spicy.

Like most spices, cinnamon tends to maintain freshness better when whole as opposed to its ground form. If you plan to store your cinnamon for over six months, it’s advisable to buy cinnamon sticks as they can last for close to two years, provided they’re properly stored.

To preserve aroma and keep your cinnamon fresh, you’ll need to store it in a cool, dry, and hopefully dark place. Exposure to heat and sunlight will reduce your spice’s potency, making the aroma rancid. As a result, you should ensure that your storage area or pantry is cool and always dry.

Whether ground or in stick form, cinnamon shouldn’t be exposed to moisture, or it will become musty and moldy, leaving you with no option but to throw it out.

Since cinnamon is sensitive to moisture and light, you should always seal the contents immediately after use. Airtight glass jars will help you to keep the moisture away. But you’ll need to be cautious enough to always seal the jar immediately after use to preserve the spice’s freshness. Consider buying vacuum sealer that comes with jar attachments.

Buy What You Need

While proper storage will help to maintain cinnamon’s taste and aroma, nothing beats using fresh cinnamon in foods. As a result, to reduce the chances of cinnamon going bad, buying the right amount for your needs is highly advised. In its ground form, you can store cinnamon for close to a year without losing its taste.

And while ground cinnamon might still be okay for use after six months, it won’t be as fresh and aromatic as freshly packed ones.

Open Your Storage Jar When Necessary

You should only open your storage jar when you want to access the cinnamon. And if you’re storing cinnamon sticks in a freezer, be sure to open the jar far away from the fridge. Exposure to moisture can make the sticks soggy, consequently leading to a loss of flavor.

You should avoid opening your jar anywhere close to your stove or an alternative source of heat. If you plan on storing the cinnamon again, be careful enough to open it in a conducive environment, preferably away from any heat and moisture.

How to Know If Cinnamon Is Bad

Luckily, cinnamon rarely goes bad if properly stored. But even slight exposure to moisture or excessive heat can render your storage efforts useless.

Below are some of the ways to know if your cinnamon is bad:

This explains why if you choose to store cinnamon in your fridge, you should keep it in sealed, airtight bags deep in the freezer.

Below are some of the advantages of using cinnamon:

Cinnamon Is an Anti-Diabetic Spice

Cinnamon is well-reputed as an anti-diabetic spice due to its ability to reduce blood sugar levels. The spice works by reducing the body’s resistance to insulin, thus allowing the hormone to perform its function 3.

Cinnamon might help to protect neurons and normalize neurotransmitter levels. A study conducted by the Neuroimmune Pharmacol on mice suggested that cinnamon is vital in improving motor and brain function 4. While the researchers used animal subjects, the findings point out similar benefits in humans.

This Is How To Store Cinnamon

How to Keep Garlic Powder From Getting Hard

6 Cheeses That Can Left Unrefrigerated 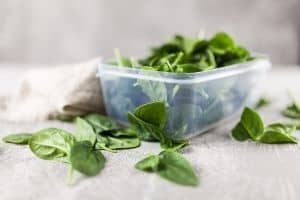 Spinach is one of the most versatile greens out there. You can use it in salads, soups, as a side dish, and even in smoothies. Besides versatility and taste, many people appreciate the effects spinach has on human health. However, one thing many people notice about spinach is how quickly it whittles. Most people’s minds… 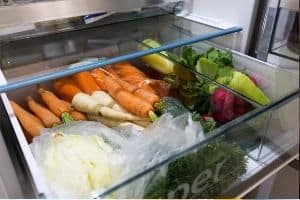 Many times, when we’re cooking, we can become overzealous. We start chopping up more fruits and vegetables than the recipe calls for, and we’re left wondering what to do with all the extras. When you’re stuck with leftover carrots, should they be stored in water? Carrots should be stored in water-filled plastic bags or covered… 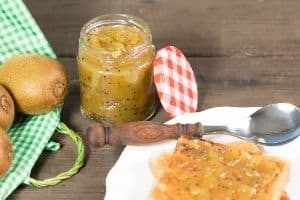 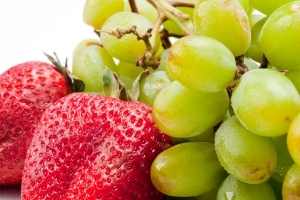 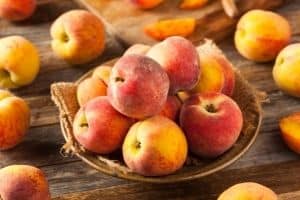