Tomato fruits, commonly referred to as vegetables in the culinary world, are among the most common ingredients. But besides being known for their red appearance and rich flavor, tomatoes also have a reputation of going bad quickly, especially when stored with other fruits.

You can store tomatoes with fruits, but it is advisable to store them alone, especially if you don’t want to fasten the ripening process. Tomatoes, similar to fruits like mangoes, apples, bananas, avocados, and peaches tend to produce ethylene, a gas that promotes ripening in fruits.

Curious to know which fruits can be stored with tomatoes? If so, then read on as we shed more light on the dos and don’ts of storing tomatoes.

However, since ethylene works by reducing chlorophyll levels in plants, you’ll notice that some fruits or vegetables tend to lose their green color when stored with tomatoes 2. This can lead to unwanted outcomes, especially when storing green vegetables that aren’t ripe yet.

What Fruits or Vegetables Can Be Stored With Tomatoes?

Storing fruits and vegetables isn’t as straightforward as most of us perceive. If your veggies have been maturing faster than they should, or if you’ve been throwing away several fresh produce, then chances are your storing practices are incorrect.

To keep your vegetables fresh and tasty, you’ll need to separate ethylene producers from ethylene-sensitive fruits or veggies. And since it’s hard to know which fruits or vegetables contain ethylene, we’ve created a small list to help you out.

Below are fruits that produce ethylene to promote ripening:

The fruits mentioned can be stored together, unless they are sensitive to ethylene. However, the challenge comes in when the ethylene levels produced become too much, leading to premature ripening.

By the way, you can blend tomatoes or fruit with other ingredients for a popular healthy drink. If you’re looking for a good quality juicer, Breville has a nice variety and very stylish.

Therefore, to keep your produce in tip-top shape, it is advisable to observe the ripeness. If you want to fasten the ripening process of say avocados, you can add one, two, or three of the fruits mentioned to the basket. However, you’ll need to be extra careful to ensure you don’t allow them to over-ripen.

Fruits or Vegetables That Shouldn’t Be Stored With Tomatoes

Generally, vegetables shouldn’t be stored next to ethylene-producing fruits such as tomatoes 3. However tempting it might be, snuggling your tomatoes and mangoes next to your cucumbers, okra, or leafy greens is a recipe for disaster.

Plants high in chlorophyll like unripe bananas, green beans, and broccoli tend to do well when separated from ethylene producing fruits.

Below are some of the vegetables that are sensitive to ethylene-producing fruits:

So, to increase the shelf life of these products, storing them separately from the likes of tomatoes and apples can go a long way in keeping them fresh and fit for consumption.

If you want to preserve the flavor and texture, you should consider storing your tomatoes at room temperature. However, tomato storage should depend on whether they are ripe, unripe, or overripe.

Unripe tomatoes are usually green and can take several days to ripen. Leaving them to ripen on their own is advisable 4.

You can also ripen the green tomatoes by placing them in a single layer, either in a cardboard box or paper bag. Remember to put the tomatoes in a cool, dry area until they become red.

While it isn’t advisable to store tomatoes in the fridge, fridge storage is the best option when dealing with overripe tomatoes 5. These tomatoes are soft to the touch and extra red, the chilly fridge environment will help to slow down the process of ripening, allowing your tomatoes to last for a few more days.

You should not keep overripe tomatoes with other tomatoes as this might lead to premature ripening, or excessive ripening, which does little to preserve the flavor and overall freshness.

Can You Store Tomatoes in the Fridge?

Storing tomatoes in the fridge will lead to a loss of firmness and a reduction of flavor. Due to this, it is advisable to store tomatoes at room temperature, especially if you plan to use them within a day or two. However, if you don’t plan on using the tomatoes within a week, you can store them in the refrigerator.

The chilly fridge environment helps prevent the formation of ethylene, which reduces the ripening process. This means that while your tomatoes might ripen while inside the fridge, they won’t rot as fast as they would if stored at room temperature.

To ensure your tomato regains some of its flavor at the time of consumption, remove it from the fridge and cool for 2-3 hours at room temperature.

And in case you’re interested in long term tomato storage, then the use of a freezer can come in handy 6. You can either chop the tomatoes in tiny bits or store them as a whole. However, you’ll need to place them in an airtight bag to preserve both freshness and flavor.

When dealing with frozen tomatoes, it’s advisable to give them several hours to regain flavor before using them in recipes 7.

Ways to Speed Up Ripening in Tomatoes

Generally, tomatoes don’t take too long to ripen. But if you want to fasten the process and consume them as soon as possible, consider using the following methods.

Place the Tomatoes in a Cardboard Box

Place newspaper pieces at the bottom of the cardboard before placing the green tomatoes carefully in a single layer. Cover the cardboard with another layer of newspaper and place it in a warm, dry area. You’ll need to check regularly to prevent the tomatoes from over-ripening and rotting.

Place the Tomatoes With Other Ripening Fruits

Placing your green tomatoes with ethylene-producing fruits may speed up the ripening process. Take a ripe banana and apple and place them where you’ve stored your tomato. The increased production of ethylene gas may make the environment conducive enough for ripening the tomatoes.

Although the techniques mentioned can help speed up ripening in tomatoes, it’s advisable to speed up the process when tomatoes start to become yellow. The yellow-orange appearance indicates the tomato is ready to ripen, which ensures they’re flavorsome once they become entirely red.

Can You Store Blueberries and Strawberries Together?

Can You Store Cinnamon in the Fridge?

Can You Store Strawberries and Blackberries Together?

While you can store tomatoes with other fruits, you’ll need to check whether the fruits or vegetables are sensitive to ethylene, the gas produced by tomatoes to promote ripening.

Storing tomatoes with other ethylene-producing fruits isn’t a bad idea. However, you’ll need to constantly check the fruits to prevent over-ripening due to the increased production of ethylene by the fruits.

And in case you opt to store your tomatoes in the fridge, remember to take them out an hour or two before use to ensure they regain their flavor. 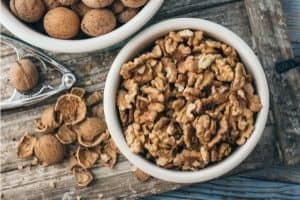 When you’re doing this week’s shopping, and you discover walnuts on the list, you probably haven’t thought about how long they last. Did you ever check the expiration date or ask to yourself, how to store walnuts? How to store walnuts: Store walnuts in a cool, dry place. Opened walnuts should be properly sealed when… 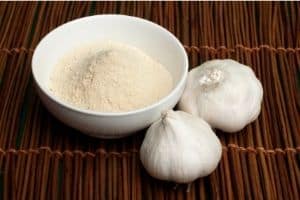 Garlic powder is one of the best things to have in your kitchen. However, it does seem to harden up easily. As a Certified Health Coach, I conduct pantry makeovers which sometimes includes food storage. This is a topic I discuss. Have you wondered how to keep garlic powder from getting hard?  4 easy steps… 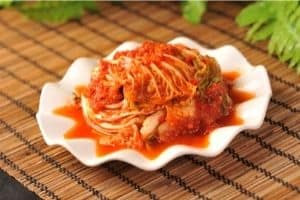 Kimchi is a traditional Korean prepared vegetable mix of cabbage and radishes fermented with salt and seasoning. It’s straightforward to make and delicious to eat, but you want to make sure it’s properly stored. Therefore, let’s find out the best kimchi storage. The best way to store kimchi is in a sealed glass jar in… 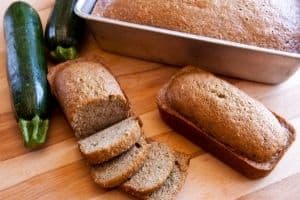 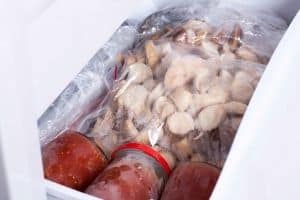 You’ll always find mushrooms in my refrigerator. They contain so many health benefits and can be used in a variety of ways which is why you’ll always find them on my shopping list. Unfortunately, mushrooms don’t last very long if they’re unstored properly. Therefore, stop throwing out your bad ones because I’m going to inform… 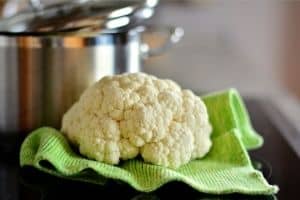