Lentils are wonderful legumes that offer many health benefits. So, deciding to include lentils in your diet is an easy choice. Determining whether or not to buy organic lentils, however, is a more difficult decision to make, especially since there’s a lot of conflicting information. You’ll want to decide which is better and make the comparison, organic lentils vs. conventional.

Organic lentils are better than conventional lentils because they are untreated with synthetic pesticides. Conventional lentils are often sprayed with chemicals like glyphosate (RoundUp), which may be harmful to human health. Glyphosate has been linked to numerous diseases, including intestinal inflammation, autism, hypertension, and more.

Below, you will learn whether or not it is beneficial for you to buy organic, what lentils are, common types of lentils and the health benefits of eating lentils.

Organic lentils may be safer than conventional lentils since they are grown without desiccation 1.

Desiccation is the progress of applying herbicides, most commonly glyphosate (otherwise known as RoundUp) to crops during harvest. This makes all of the crops dry and easier to cut down. Since the herbicides are applied during harvest, exposure to these chemicals is even greater than during typical herbicide use. In addition to glyphosate, other chemicals may include paraquat and diquat.

Researchers have discovered that glyphosate may have harmful effects on human health. Studies have found that it is linked to a number of serious diseases, including hypertension, diabetes, obesity, senile dementia, inflammatory disease, renal failure, thyroid, and liver cancer 2.

Glyphosate has been found to have an especially negative effect on the digestive system 2. It may destroy the microorganisms that live in the intestines 3. This may hinder the body’s ability to absorb vitamins, minerals, and proteins.

Some studies have found a correlation between the increased usage of RoundUp and the number of children diagnosed with autism 2. Some of the ailments potentially caused by RoundUp are often experienced by autistic children, including problems with intestinal bacteria, intestinal inflammation, reduction in levels of serotonin and melatonin, mitochondrial disorders, and deficiencies in iron and zinc.

While the exact health effects of glyphosate are still unclear, numerous studies have indicated that it has a potentially negative impact on human health. So, it is simply safer for you and your family to buy organic lentils that don’t use high levels of this potential harmful herbicide.

What Are Lentils? Organic or Conventional

Lentils are seeds that are part of the legume family.

They were originally grown in the Middle East around 8000 B.C., making them one of the world’s oldest health foods. Today, they are found all over the globe but are especially prominent in Asia and North Africa 5.

Lentils come in a variety of colors and flavors. They are often added to soups, stews, curries, salads, and more.

What Are the Different Types of Lentils?

The most common types of lentils are 6:

What Are the Health Benefits of Lentils?

While deciding between organic or conventional, you may forget why you want this legume to start. Lentils are incredibly wholesome legumes that offer numerous health benefits.

One amazing benefit of lentils is that they are inexpensive yet very high in protein. Because of this, they are considered to be a great substitution for meat for individuals with high cholesterol or people who choose not to eat meat, such as vegetarians and vegans 7.

Lentils also have a lot of fiber. Fiber helps curb appetite and can lower cholesterol. Fiber also has a protective effect against certain diseases such as diabetes and colon cancer. Additionally, fiber is great for the digestive system. One serving of lentils provides you with 32% of your recommended daily fiber intake, making them a very beneficial addition to your diet 8.

The benefits don’t end there. Lentils also provide your body with several nutrients, including potassium, folate, and iron 9.

May Lower the Risk of Heart Disease

Lentils may lower the risk of heart disease as well as some risk factors that can lead to heart disease, including blood pressure and obesity.

In one study 11 of 48 obese individuals, researchers found that eating one-third cup of lentils per day resulted in higher levels of “good cholesterol” and decreased levels of “bad cholesterol.”

Furthermore, research conducted on rats found that lentils reduced blood pressure more than other foods, including peas, chickpeas, or beans. Lentils may also be able to reduce blood pressure by blocking the effects of the angiotensin I-converting enzyme (ACE), which normally causes blood vessels to contract 12.

Lastly, lentils are full of fiber and are very filling. Because of these, they may help lower overall food intake and decrease the chances of obesity, which is a risk factor for heart disease.

Check out the differences between red and white quinoa in my article, Red Quinoa vs White Quinoa: What’s The Difference?

Lentils contain polyphenols, a type of plant compound that may have significant health benefits.

The polyphenols found in lentils are known for their powerful anti-inflammatory effects. In fact, one study discovered that lentils are able to inhibit the production of cyclooxygenase-2, which is an inflammation-inducing molecule 13. Eating foods that prevent inflammation is important because it is often the root of many chronic illnesses.

Additionally, a lab study found that the polyphenols in lentils may be able to stop the growth of cancer cells 14.

While the studies of polyphenols are still preliminary, the possible benefits you may receive from including them in your diet are astounding.

Find out how quinoa compared to lentils in my article, Quinoa vs Lentils: Which is Better? A Complete Comparison.

Lentils are very healthy. They provide your body with protein and several essential nutrients. They also may have a protective effect against certain ailments, such as heart disease.

When choosing whether or not to buy organic lentils, it is important to consider the way in which conventional lentils are harvested. Conventional lentils are desiccated, meaning herbicides like glyphosate (RoundUp) are applied to the crops right before they are collected. Glyphosate has been linked to numerous health issues, including problems with the digestive tract and increases in autism.

While the exact health effects of glyphosate are still up for debate, numerous studies have found that it may not be safe. So, buying organic lentils can allow you to feel at ease since you’ll be able to consume your nutritious lentils without worrying about the potentially negative consequences.

Read Next – More Food vs Food

Legumes vs Nuts: What’s the Difference? A Comparison

Free-Range Chicken vs. Grain-Fed Chicken: Which is Better?

Salmon and sea bass are two popular species of fish used in many dishes. They both have different flavors, nutritional values and textures. Therefore, let’s answer, which is better, sea bass or salmon? Salmon is better than sea bass because it contains higher percentages of heart healthy omega-3 fatty acids. Salmon contains more protein, B6,… 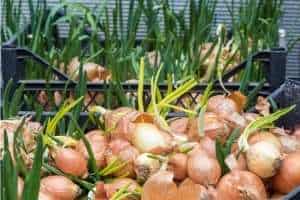 Onions have long been praised as a miracle plant with a seemingly unending list of health benefits, from being used to cure colds to being thought to be the symbol for eternity by the Egyptians back in 3500 B.C. But with the rise in demand for these layered veggies, people are starting to wonder about… 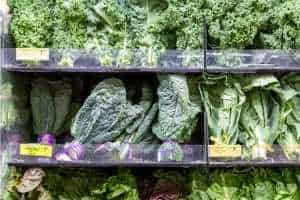 Kale is a superfood that provides you with a variety of vitamins and antioxidants. This amazing cruciferous vegetable is incredibly healthy, making it a wholesome addition to your diet. While regular kale and organic kale share the same health benefits, you may be asking yourself, what’s the difference between organic kale and regular kale? Organic… 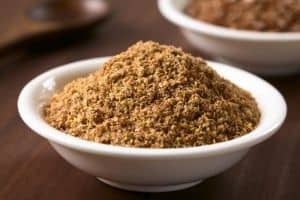 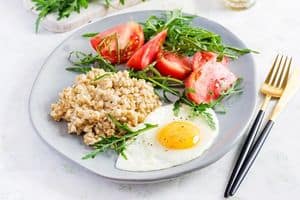 Eggs and oatmeal are probably the two most popular breakfast options available. As a Certified Health Coach, many of my clients ask about which one is better. Can this question even be answered, which is better, eggs or oatmeal? Eggs are better than oatmeal for weight loss, low-carb diets and sugar levels. According to the… 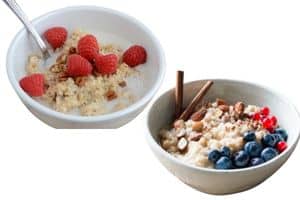