This article will detail what blanched almond flour is, the benefits of almond flour and how it compares with wheat flour.

What Blanched Almond Flour Is

Is Blanched Almond Flour the Same As Almond Meal?

In addition, almond meal contains more fiber than blanched almond flour, which can cause digestive issues for people sensitive to fiber 2.

Blanched almond flour may be difficult to find in your local supermarket. Amazon sells a wide variety at decent prices. Check them out here, Blanched Almond Flour.

Let’s compare blanched almond flour with other kinds of flour.

The first comparison one would naturally make to blanched almond flour is its traditional counterpart, wheat flour. We’ve already gone over some drawbacks of wheat flour, but it does have some advantages.

All-purpose flour is less expensive than blanched almond flour per pound. Wheat flour is one of the cheapest ingredients available in most supermarkets. Almonds are far more expensive to produce than wheat, making almond flour several times more costly than wheat flour.

The high-fat content and higher calorie density of blanched almond flour might be a dealbreaker for those on a calorie-restricted diet. However, the refined carbs of wheat flour can also cause spikes in glucose, which may lead to hunger and overeating.

A Recipe’s Flavor Is Not Affected

Blanched almond flour is made from ground-up almonds, which means it has a slightly nutty flavor, which can affect the taste of the food. While most baked goods have a flavor profile blending well with the nutty flavor, some savory dishes made with flour might taste “off.”

Wheat Flour Is Safe For Those With Nut Allergies

Gluten is a protein found in wheat that gives dough the ability to stretch. When an elastic dough is mixed with yeast, bread can rise. Blanched almond flour contains no gluten, so baked goods made with it can be denser if you don’t use the right accompanying ingredients.

Blanched almond flour is made from nuts and therefore is unsafe for consumption for people with nut allergies.

What’s the Difference Between Wheat Bran and Wheat?

Wheat bran is a byproduct in the production of white flour and is the only fibrous part of wheat. It contains high fiber, has a sweet taste and is popular with bakers as an additive in baked goods.

Since blanching an almond to make blanched almond flour involves some processing, it’s typical to ask the question, does blanching almonds destroy nutrients?

Blanching almonds destroys some of the nutrients. A blanched almond contains less fiber, vitamin E, calcium, magnesium and potassium than an unbalanced almond.

Let’s take a look at the differences in nutrients between the two almond flours in the table below.

As you can see in the table above, blanching almonds doesn’t result in a large difference between calories, protein, carbs and fat. The larger difference is in the fiber, minerals and vitamins.

Blanching an almond may affect the taste slightly without having the skin. Many people use blanched almonds in their recipes to avoid having the skin separate from the almond while cooking, affecting the look and texture of the food.

How Almonds Are Blanched For Almond Flour

The following is how to blanch almonds for blanched almond flour:

How To Make Blanched Almond Flour:

There are many nutritional benefits to using blanched almond flour as an ingredient substitute for regular flour in your cooking.

It Has High Nutrient Density

Almonds are incredibly nutritious eaten whole, but almond flour concentrates the nutrients even further. Just one ounce of almond flour contains over 30% of the recommended daily intake (RDI) of vitamin E and Manganese 4.

While that may not seem like a big deal, several studies show a link between an above-average intake of vitamin E and lower rates of old-age diseases like coronary heart disease and Alzheimer’s 5.

Making the switch to blanched almond flour now could help your long-term health down the road.

Another advantage of blanched almond flour is it has far fewer carbs than other types of flour.

That said, the higher fat and nutrient content could leave you feeling satiated for a more extended period, thus helping to reduce overall calorie intake.

If you have celiac disease, a gluten sensitivity or a wheat allergy consider switching to almond flour 7.

As stated before, almond flour has a higher fat content and far fewer carbohydrates than wheat flour, meaning it can be used in many keto-friendly recipes.

The Keto diet is a high-fat, low-carbohydrate diet that forces the body to utilize fats as energy rather than carbohydrates 8. Almond flour has a high-fat content and has relatively few carbohydrates, making it a popular choice in many Keto cookbooks.

One of the biggest reasons for failing a Keto diet is not having a plan. Simply follow this plan for only 28 days, The 28-Day Keto Challenge and you can Succeed!

It’s Easy To Substitute in Recipes

People love blanched almond flour as a substitute in baking because it’s easy to use at a simple 1:1 ratio in recipes. You can also use it to make gravies and create breadcrumb coating for meat.

Due to the higher fat content and lack of gluten in blanched almond flour, baked goods tend to come out more dense than fluffy. However, if you want to mimic the fluffiness of gluten in recipes, you’ll want to separate the eggs in the recipe and whip up the egg whites until they form peaks.

Then, gently fold the whipped egg whites into the batter. You will get a fluffier product without resorting to wheat flour.

For those on calorie-restricted diets, be aware blanched almond flour has a higher calorie count.

BloodPressureExplained.com explains how almonds contains many nutrients proven by science to lower blood pressure and cholesterol 9. Those nutrients include magnesium, riboflavin, potassium and fiber.

After consuming a diet which consisted of one cup of almonds per day, study participants lowered blood pressure 11mmHg 10.

What is better for Keto, blanched or unblanched almond flour? Both are better for keto because the differences between the carbs and fat are too small to make a difference.

Why Does Chicken Pop In The Microwave?

These Strawberry Varieties Are The Sweetest 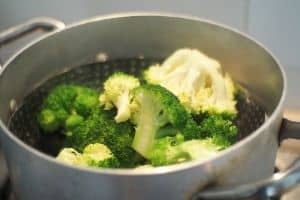 Chances are when you were young your mother forced you to finish your broccoli. It’s good for you, she claimed. Turns out your mother was right. These days broccoli are at the top of the super food lists and are tossed into many different dishes. It can be prepared in a variety of ways. With… 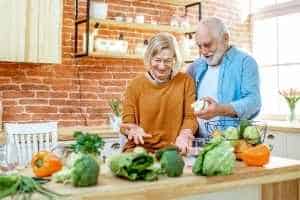 Aging is a natural process, but that doesn’t make any less undesirable. Noticeable signs of aging can be embarrassing, causing many to turn to pricey supplements, lotions, or creams for relief. However, a diet rich in the right anti-aging vegetables can be far more effective. So, what are the best Anti-Aging vegetables? The best anti-aging… 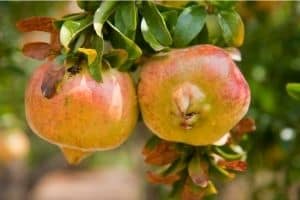 Pomegranates have to be one of my favorite fruits and I think that shows because I write about them quite a lot. This also means I get many questions about pomegranates, and one of the most common is, what to do with unripe pomegranates? Unripe pomegranates can be used in many food dishes, drinks and… 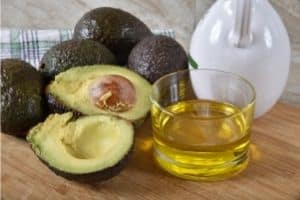 Avocado oil is a natural oil extracted from the pulp of an avocado. It’s being used for many reasons, health and otherwise. It’s becoming more favored for cooking which is making some people wonder, why use avocado oil? 11 reasons why you should use avocado oil for cooking: High smoke point. Versatile for many cooking… 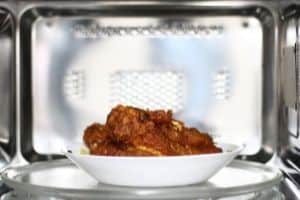 After a long day at work, the microwave seems like your dearest friend. Especially on a hot day, the last thing you want to do is heat up the oven. When you put your chicken in the microwave, it starts making popping sounds! Most times you’ve probably wondered, why does chicken pop in the microwave?… 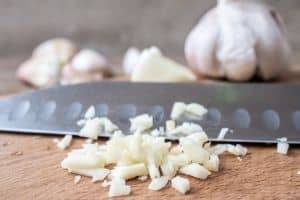 If you’re cooking at home more, you might have encountered the term “minced” garlic and don’t know what it is or how to make it. If you have limited kitchen gadgets, you might not have a garlic mincer on hand. Therefore, you may need the answer to, how to mince garlic without a mincer? To…